Is Haskell the right language for teaching functional programming principles?

The “park bench” panel at the Haskell eXchange last week talked about a lot of things, but some of them can be summarised by the question “Is Haskell the right language for teaching functional programming principles?”.

The point about this is that no one is in disagreement about how good a language Haskell is for doing real work – and that’s underlined by a meeting like the Haskell eXchange, which is primarily for people using Haskell in practice, or wanting to use it. Rather, the question is about whether the principles that Haskell is built on get obscured by the fact it’s a large and complicated language. You can see an example of this at the foot of this post: what you can see there is a perfectly plausible beginner interaction with ghci.


Some alternatives came up: there were advocates for Elm, http://elm-lang.org, and for PureScript, http://www.purescript.org, both of which are substantially younger than Haskell. It’s easier to see the attraction of Elm: it’s a lot simpler than Haskell, and so presents fewer impediments to beginners; it has also got a nice online environment. What are the downsides? While a number of books are in development (just google …) there aren't the mature texts that Haskell has. Also, it is arguably too tied to the “web development” paradigm, and so will skew learning towards that.

PureScript also looks interesting, but perhaps more for developers than learners? While Elm is definitely simpler than Haskell, and will remain so, PureScript seems to be on a path to replicating as much of Haskell as possible, in the JavaScript world, so nothing particularly to be gained from making a switch. But to be clear, I’d be interested to hear arguments for PS that I might have missed …

There’s a trend of fitting new syntax to old languages. Reason, https://reasonml.github.io, has done this for OCaml and Elixir, https://elixir-lang.org, for the Erlang VM. The languages are intended to be more approachable for those with experience of JavaScript and Ruby, but also benefit from their youth: libraries are less sprawling, and contributions more convergent; on the flip side, they can re-use all the previous developments and libraries for their host languages too. Still, neither seems to be an obvious answer for learners, and, of course, they are both impure and strict!

A final point: why not go for subsets of Haskell, like the Dr Racket approach, https://racket-lang.org? It would be interesting to see development of different preludes: most of the existing initiatives (just google …) seem to be designed to enhance the standard prelude, but working in the opposite direction might allow us to replicate the helium environment, for example. Another suggestion (due to Dominic Orchard) is to be able to close certain classes, so that there’s no way that an instance of Num can be declared for Int->Int, thus avoiding a set of error messages unhelpful to beginners.

What’s the best way forward? It’s hard to know. Maybe we should stick with the system we have, and for which we have some idea about teaching …  but it would be interesting to see how moving to Elm worked in practice in delivering effective functional programming teaching.

Full disclosure: at Kent, after teaching Haskell for many years, we currently a compulsory second year course on “functional and concurrent programming” using Erlang as the main vehicle, but introducing a little Haskell. An optional final year course on “programming language implementation” builds on a small but complete compiler written in OCaml. It’s possible to get started with Erlang quickly because it’s syntactically very lean, both for functional and for concurrent programming; the major disadvantage is that it’s substantially more difficult to do type-driven development.

There is some more material on the web comparing elm and PureScript (and others): 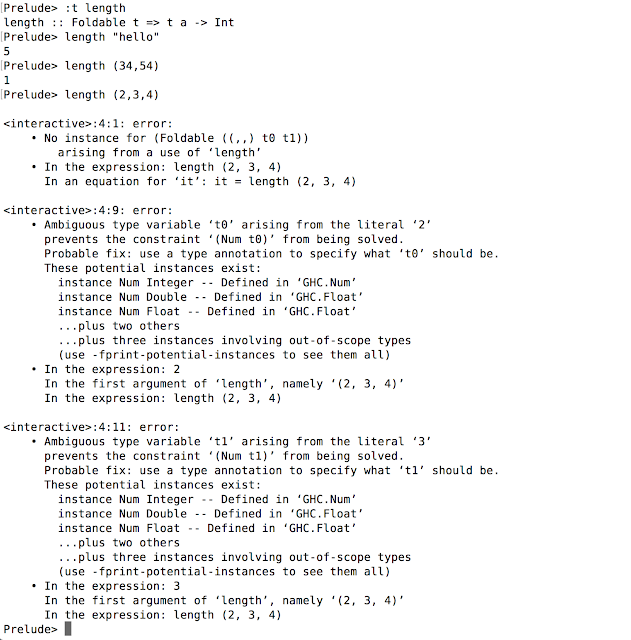